Before Beginning a Home Renovation Project… 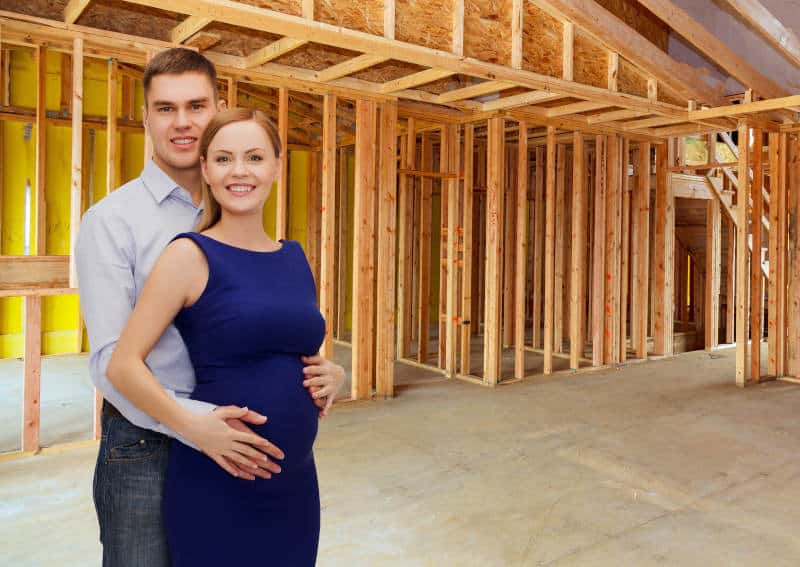 … Here Are 3 Things You Need to Know!

Perhaps due to the popularity of current home-renovation reality shows, or perhaps due to our penchant for making changes and desiring something new, many homeowners explore renovation projects to improve their homes.

However, remodeling a home isn’t quite the game of Tetris that some of the shows on HGTV make it out to be. It isn’t as simple flipping one block of space toward another while hoping the next piece fits with what you’ve already decided.

This is why it’s wise to contact an architect before beginning a major renovation project in your home.

If you’re thinking about transforming your house by moving around or adding spaces, here are three things that you should know before committing to that makeover.

How long will a home renovation take?

A common misconception related to renovation is overlooking how many people and processes could be involved. We’d like to think it’s as simple as hiring a contractor and getting out of the way, but depending on the project, the procedures can become far more complicated.

For example, many projects require architectural drawings and permits for the renovation. If you’re unsure whether you will need to take these steps, here are a few ideas to help you make that determination.

You will need an architect and permits…

Architects are trained to design and draw the major changes that homeowners make to the flow and function of their house. Contractors and structural engineers rely on these drawings to ensure that the new spaces will not only be functional but also safe.

Granted, a neat and tidy adjustment to the counter tops in your kitchen would not require the services of an architect. However, if you’re planning to move appliances from one side of the kitchen to the other, or expanding the kitchen by removing a wall, or if you’re moving that kitchen to where the dining room used to be…? Now, you’re in need of an architect and permits.

Sometimes, homeowners want to cut corners and costs when it comes to hiring an architect and getting permits. But this is inadvisable.

One significant problem with “under the radar” reconstruction projects is tied to your home insurance.  For example, if a fire were to start due to faulty wiring or some other change related to your renovation, and the insurance company learns the addition wasn’t part of the home’s original design or square footage, or that a permit was not obtained, they may deny your claim.

Worse, there could be damage caused to parts of the home that were previously covered by insurance. However, even those portions of your property could be denied if it’s determined the damage was caused (or originated in) the new construction.

How much will a home renovation cost?

Unfortunately, it’s easy to miss the additional costs related to home renovation projects. This often happens because homeowners predict a price point based on whether they would tackle the project themselves. They go to Home Depot with their calculator and assess what everything costs and build in an hourly rate for the work crew.

There’s much more to account for when it comes to construction costs. A typical job will include…

One way to predict the cost of your project more accurately is to verify the square footage.

However, if you’re redoing a garage, or simply adding a bonus room with some carpeting, then that might be less than $200 per square foot.

Other questions which can affect the cost are…

If you want to rip out the flooring throughout the house, move a master bedroom from the second floor to the main floor, or add a new bedroom with a fireplace to the home, you can expect that square footage number to be higher.

Give your architect lots of details!

Usually, the “Here’s-what-I-want-now-draw-it-for-me” approach is unproductive. Most architects have spent 6+ years taking exams and getting licensed. Many have spent their entire work-life developing skills and experience in home renovation projects. There’s tremendous value in having conversations and asking questions.

Architects take a lot of pride in what they design and help to create. They want their clients to have a home that supports the way they want to live.

Your architect wants that for you, too. They’re trained to help you get it, and they can walk you through the processes and the specific pros and cons of your design options.

Finally, and directly related to communication, trust your gut when it comes to making decisions. You might not know why you’re uncomfortable with an idea. You might not even have the right language or the terms to describe what you’re thinking. But say something!

Even if you can’t quite put your finger on why something doesn’t sit right with you or doesn’t meet your vision for the project, say something during the design process. Architects are trained to dive into those types of conversations and to solve problems.

Ask as many questions as might arise. While it might appear that this will increase item # 1 (length of time), it will also probably reduce item #2 (the costs of a 2nd renovation!)