Behind the Scenes at Fixer Upper 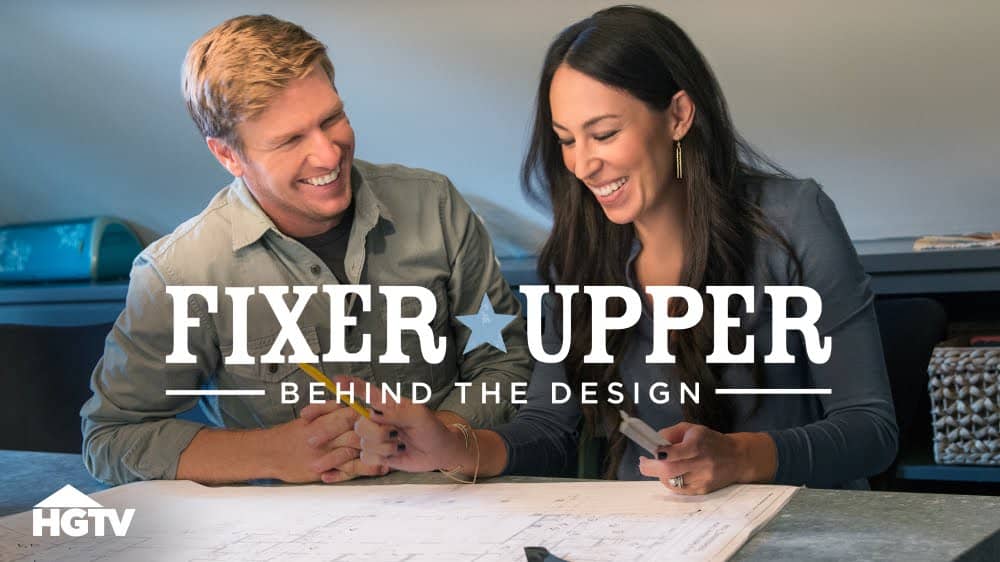 We admit it: we’re unrepentant Fixer Upper junkies. It’s as gratifying for us as it is for non-architect viewers to see rooms and houses take shape over just a few weeks.

Because we’re curious, though, we decided to take a closer look at how our favorite reality TV hosts, Chip and Joanna Gaines, make the remodeling magic happen (magic that we absolutely know can’t exist, but still love anyway).

What’s Behind the Proverbial Curtain?

Our first idea was to call Magnolia Homes, the parent company that is the subject of the Fixer Upper TV franchise. Not that we set out to become undercover detectives; we’re quite happy being architects, thank you very much. We were genuinely interested in learning about how things work on the show. Magic takes work, too. A friendly assistant who answers the phone in their real estate office was our starting point. We later verified all the information she gave us through an email that we received from their in-house design and project manager. Crazy busy as they were, they still took the time to answer our questions. Both women assured us that Magnolia Homes was indeed a real company and not some kind of front for a TV show. “We are a real working business with real clients’ money and budgets,” the project manager wrote. And while the company does sometimes get deeper discounts than regular contractors, it has to pay for materials just like any other contractor does.

What’s it Take to Get on the Show?

With a curiosity about “what if” a homeowner wanted to work with Chip and Joanna to have their home remodeled, we scoured their website and Google searched the heck out of anything to do with Magnolia Homes. We were surprised to find plenty about their multi-city realty division but nothing about Chip’s construction company or Joanna’s design services, which we assume were both careers that were underway before their HGTV fame launched them into another stratosphere.

Apparently, there’s a reason for this. Chip and Joanna and the entire Magnolia team have their hands full with the renovations featured on each season of Fixer Upper. If buyers want Chip and Joanna to help with remodeling, they have to qualify to be a client, meaning they have to be Fixer Upper material. To start, the property purchased must be within 30 miles of Waco and have a minimum renovation budget of $40,000. These requirements are not unreasonable, and in fact, most contractors have certain criteria in place to qualify a prospective client. However, most contractors aren’t auditioning their clients to see if they have a face for television.

Does Joanna have a Design Team?

According to the email we received, Magnolia Homes has five designers that work specifically on projects for the show. Those designers, in turn, have a number of assistants working under them. And when Chip and Joanna give the green light to a project, those designers and their assistants work non-stop on nothing else but that particular renovation, which can take on average anywhere from 8 to 12 weeks. That timeline is not outside of what we would expect in our industry, except that they have the added stress of keeping up with a TV film crew schedule.


The way Magnolia Homes design team works is a lot like what you might see at an architecture or interior design firm. The principals or lead designers create the designs, but they also have staffers who help them. A complete design is a team effort for which the principals — rather than the staff typically —get the credit. For better or worse, having your name on the door has its perks and responsibilities. For example, on the Fixer Upper show, every episode shows a joyous and cupcake-filled visit by Chip and the kids to wish Joanna good luck as she gets ready to put in a late night primping the home with final touches. It’s a slight stretch of the imagination to think there aren’t several assistants buzzing around, running back to the warehouse, picking up last minute things and helping to bring the project to the finish line. Maybe that doesn’t make for good TV.

Does Fixer Upper use Architects?

Another question we were able to get answered, was in regards to the role of architects on the projects. Magnolia Homes does not have a licensed architect on staff. Its design team handles the production of drawings and construction documents in-house.

In most episodes of the TV show, Joanna decides to remove a least one major wall to create an “open concept floor plan.” Often those walls are load bearing and require beams to open the space up. In those cases, they do use the services of a structural engineer.

For those of you wondering, they are not breaking any rules for not having an architect draw the plans. Much to our chagrin and a topic for another article, the state of Texas does not require an architect to stamp drawings for single-family homes.

Do The Home Owners Get to Keep All the Pretty Things?

We also were interested in all the furnishings and accessories that make the “big reveal” so fun to watch as the homeowners “oooh and ahhh” over their newly decorated home. We were told the clients have the option to buy whatever items they want, which, by the way, are not included in the total renovation budget. Or they can simply use their own furniture and accessories they may have had prior to the remodeling. If they choose the second option, though, the “magic” of a perfectly styled home will disappear like fairy dust in the wind.

This part of the show is subtle but also brilliant because it acts as a visual catalog of what you, the viewer, can purchase at the Magnolia retail space in Waco and through their website. There is no denying that Chip and Joanna Gaines are very smart business folks.

If you love watching home-makeovers, Fixer Upper offers some of the best entertainment you can find on TV. We know there’s a huge difference between what you see on the show and what actually happens in the real world of home remodeling. The trick is to enjoy the show for what it is. Don’t let all that sparkle and glitter blind you to what you’re really in for when you tackle your own fixer upper.

Although Fixer Upper finished up after 5 seasons in 2018, no worries! There’s a spin-off show! Want more Fixer Upper? Check out Fixer Upper: Behind the Design. Joanna shares more of the behind the scenes design insight from the home makeovers you love. We can’t wait to see what this talented family produces next.

What’s your favorite thing about Fixer Upper? Have you visited Magnolia Market at the Silos in Waco, Texas? Let us know in a comment below!